See below for availability updates.

How did the willful daughter of a Himalayan forest conservator become the world’s most powerful opponent of Monsanto? The Seeds of Vandana Shiva, a feature-length documentary, presents the remarkable life story of the Gandhian eco-activist and agro-ecologist, Vandana Shiva.

Free tickets to this event are available through Eventbrite by clicking the button below. Please note that registration is requested as capacity is limited.
Register Now!
Watch Intro Video
Becket Films is an independent documentary film company based in Ojai, California. Our mission is to inspire action towards a healthy environment and social justice through film. In other words, as filmmakers, we seek to explore cultural, social, and economic diversity and to offer uncommon viewpoints through the medium of film.

We've worked in more than thirty-five countries on five continents to illuminate the perspectives of change-makers worldwide. We try to combine well-researched content with beautiful footage to inspire understanding and change in the global community.
Visit Website 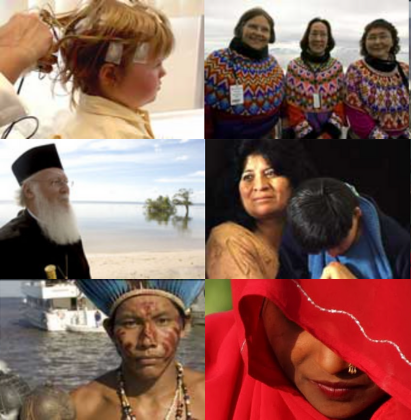 We are welcoming all of our Ojai community members who are registering for this event. Since the new order from Ventura County Health Office, all individuals in the county need to wear a face-covering in all indoor settings for the control of COVID-19. Please see the county website for more information here:
COVID-19 Information
All Programs